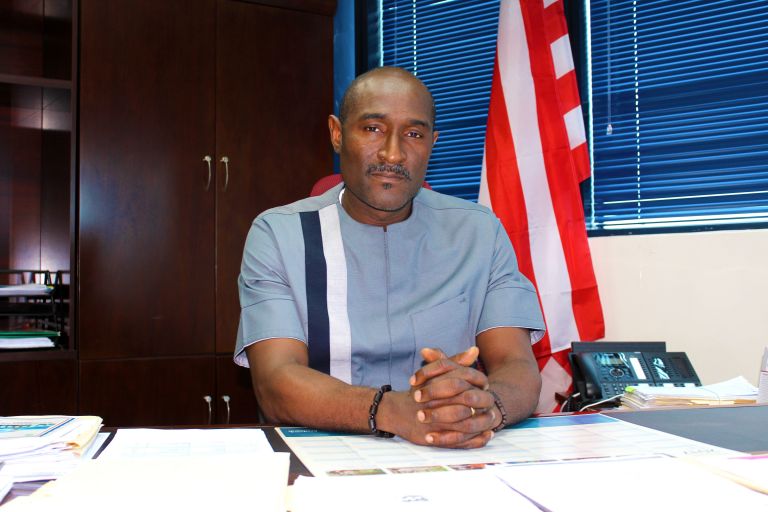 Mr. Thomas Doe Nah is an experienced civil society actor and financial sector professional that has worked and advocated for improved governance systems in post-conflict Liberia. He has over twenty-five years of experience in banking, non-governmental sector management and is an avid promoter of technology as a means of getting things done.

Mr. Nah has been a promoter of good governance and access to information in public service through his work as Program Lead at the Carter Center, and Executive Director of the Center for Transparency and Accountability in Liberia (CENTAL), which he co-founded and is now the National Chapter of Transparency International (TI).

He has worked in the Economic and Commercial Section at the United States Embassy in Monrovia and in that role contributed to the resuscitation of economic governance structures and institutions in post-war Liberia. He was actively involved with the impactive work of the multi-partner governance initiative – Governance Economic Management Assistance Program (GEMAP) and the establishment of the Liberia Extractive Industries Transparency Initiative (LEITI), which emphasized the necessity of a transparent and accountable regime in natural resource exploitation.

He has been a leader in the commercial banking sector, serving in various capacities at the International Bank Liberia Limited (IBLL) and the Liberia Bank for Development and Investment (LBDI).

While Commissioner General of the LRA, he plans to pursue initiatives that would make the LRA people-centered with enhanced transparency, integrity, and professionalism in the collection of lawful revenues. With an attitude geared towards customer service delivery and staff capacity building, he wants to continue the LRA on the path of modernization by promoting innovative solutions. This thrust would achieve the level of revenue sufficiency that would allow for sustained socio-economic development in meeting the Government’s Pro-Poor Agenda for Development and Prosperity.

Mr. Nah is a graduate of the University of Liberia, where he earned a Bachelor of Business Administration Degree in Accounting and Economics and holds a Master of Public Administration from the Kennedy School of Government, Harvard University. He is married with three children. 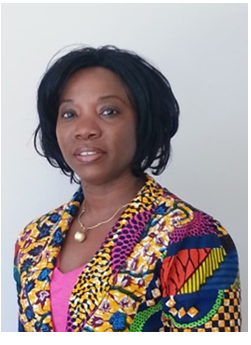 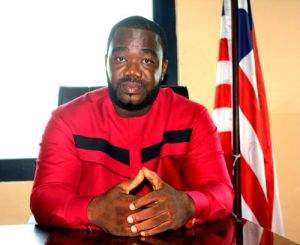 A Chartered Accountant (CA) and a Trade, Tax and Customs Expert with over 15 years of cumulative experience in public administration with emphasis in financial, tax, customs and revenue policy and administration. Madam Decontee T. King-Sackie is the Deputy Commissioner General for Technical Affairs (DCGTA) of the Liberia Revenue Authority (LRA) and has been since the start of the LRA operations, July 1, 2014. She assumed the leadership of the LRA as Officer-in-Charge from July 1, 2018 and was reappointed as Deputy Commissioner General Technical Affairs for a second term on August 14, 2018.

During her first term as the DCGTA, she led the institutional start up and strategic visioning as a member of the first executive management team of the newly established Liberia Revenue Authority from 2014. A five-year corporate strategic plan was developed (2016/17 – 2020/21) that clearly articulates four strategic goals to be attained. Additionally, she led the introduction of direct transfer payments, mobile money and electronic filing into tax administration in Liberia. Further, she led the quality assurances in revenue, tax, customs and trade data analysis that informed the tax policy research which was the basis for the development of the Domestic Resource Mobilization Strategy. She participated in the development of the Domestic Resource Mobilization Strategy for Liberia (2018 – 2022) and is leading the DRM Strategy implementation.

Madam King-Sackie previously served as Commissioner for Customs and Excise and Assistant Minister for Revenue in the former Ministry of Finance (MoF). She has contributed immensely to the reform and modernization of Customs by leading the launch of ASYCUDA World in Liberia.

Mr. Aaron B. Kollie is the Deputy Commissioner General for Administrative Affairs (DCGAA) of the Liberia Revenue Authority (LRA).

He is a professional administrator, an astute Financial Manager with vast knowledge in administration, public finance, banking, and marketing.

Mr. Kollie has over twenty years of practical experience working in the commercial banking sector of the country.

During his private sector life, he rose through the ranks of Assistant Vice President for Marketing and Business Development, and Vice President for Branch Coordination Unit at the Liberian Bank of Development and Investment (LBDI). He holds a Bachelor’s of Arts Degree in Accounting from the United Methodist University and an Associate of Arts Degree in Accounting from the College of West Africa Junior College Program of Business plus dozens of other professional certificates. He comes to this public service as an ardent achiever, highly motivated and a dedicated team player whose goal is directed at enhancing system and control, and promoting financial accountability and transparency. 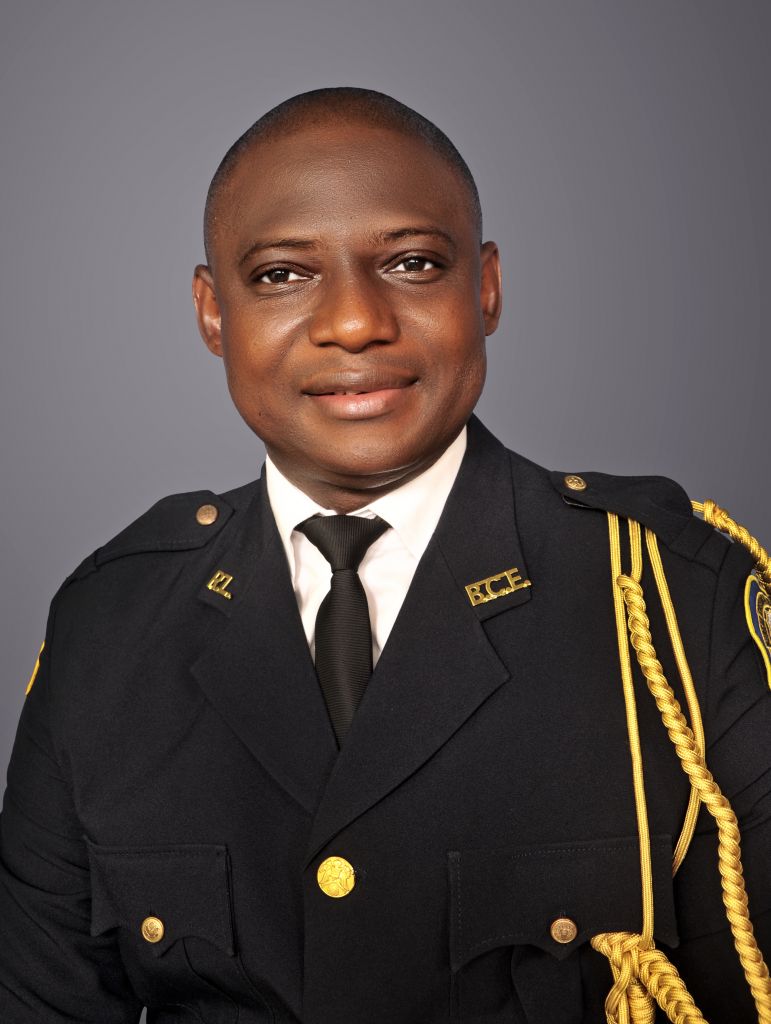 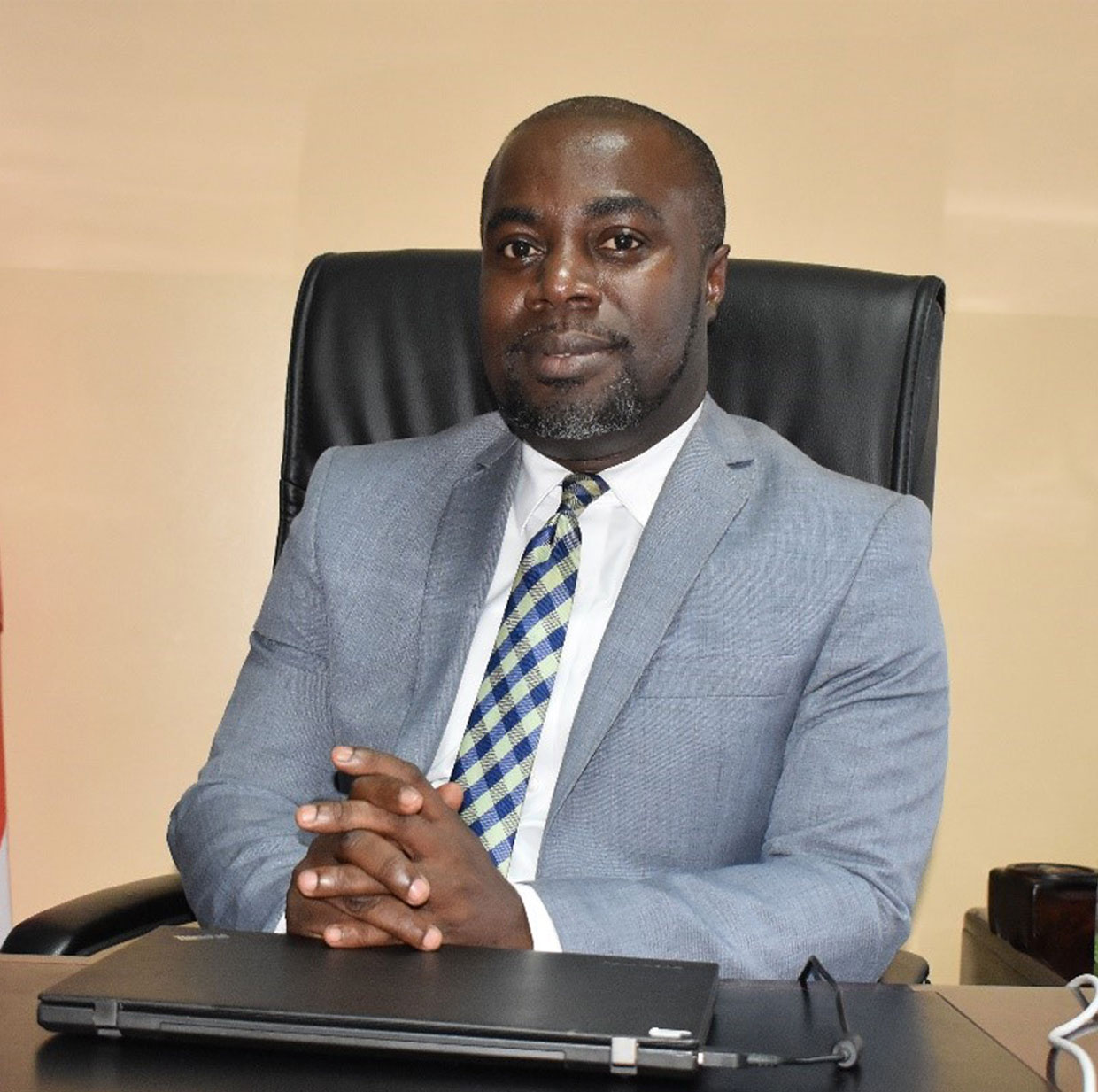 Mr. Saamoi’s career focus has largely been in the area trade facilitation and supply chain security. Since his appointment as Customs Commissioner, he has accomplished a number of reforms in Liberia Customs, inter-alia, remarkable improvements in the areas of customs operational risk management and post clearance audit, the introduction of a compliant trader program (CTP), the introduction of paperless customs, and the development of the Customs Security Program (CSP) through which Liberia Customs has been enrolled into several security programs under the auspices of the World Customs Organization (WCO).

Mr. Darlingston Y. Talery currently serves as the Commissioner for Domestic Tax at the Liberia Revenue Authority; a position he has served for the past six years. Darlingston also serves as the Head of Liberia’s Competent Authority for the OECD Global Forum on Transparency and Exchange of Information for Tax Purposes.

Mr. Talery also represents Liberia on other international tax issues with particular emphasis on the OECD Inclusive Framework. He has over eleven years of progress tax experience in tax administration with emphasis on natural resource taxation, transfer pricing, tax administration reform and modernization as well as risk identification and mitigation in the large and medium tax segments.

Darlingston has presided over the reform and modernization of the Domestic Tax Department of the Liberia Revenue Authority that has seen the introduction and implementation of E-filing, E-payment, as well as the use of mobile money for tax payment. An automatic risk engine has also been developed for audit case selection as well as to serve as a risk filter from which other tax compliance management issues can be addressed.

Over the years, Darlingston has co-written the Liberia Income Tax Transfer Pricing Regulations, the Transfer Pricing Practice Notes, the Advance Pricing Agreement Guidelines, the Working Manual for Exchange of Information for Tax Purposes as well as other regulations, practice notes and guidelines for tax purposes in Liberia.

Darlingston has an Advance Diploma in International Taxation from the Chartered Institute of Taxation, (CIOT) UK and is an International Tax Affiliate of CIOT. He is trained in the use of the International Monetary Fund’s Tax Administration Diagnostic and Assessment Tool (TADAT) methodology. He also holds a Master of Law, LLM in Natural Resource Taxation and Finance from the University of Dundee, UK, an MBA in Finance, and Bachelor of Science, BSc. in Economics both from the University of Liberia.